The History of PHP 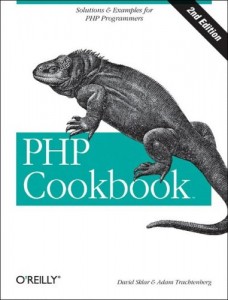 Originally started in 1994 as a replacement for various Perl scripts used to maintain his Personal Web Page (thus the acronym PHP) by the Danish/Greenlandish programmer Rasmus Lerdorf, the project has since grown into an open source community effort. Initial uses of PHP were limited to basic tasks such as counting how many visitors a web site had received, the introduction of PHP/FI (The FI stands for Form Interpreter) added additional functionality including implementation for the C programming language.

In addition to the inclusion of C support, PHP/FI also introduced native support for database communications. These two features have become the bedrock for future versions of PHP and together allowed the relatively swift and easy construction of dynamic web sites. While sites created with PHP at that time may be considered simple by modern standards were still leaps and bounds more impressive than static content and certainly helped to pave the way for the internet to flourish and grow as a medium.

In 1995 Lerdorf made the project public in an effort to improve the PHP code base in both reliability and scope. This release would eventually be known as PHP 2. At the time Perl was still the preeminent language for performing the tasks that PHP was seeking to perform and PHP had yet to reach a point where it had the same scope, depth, and consistency offered by Perl.

PHP 3 began in 1997 when a pair of Israeli developers at Technion IIT decided to rewrite the parser. The two would later form Zend Technologies, a company named after blending their two names: Zeev (Suraski) and Andi (Gutmans). The company would eventually produce the Zend Engine, the first public version of which powered PHP 4 upon its release in 2000.

The successor to Zend Engine is the Zend Engine II which was the basis for PHP 5. PHP 5, released in 2004, is perhaps the most radical and some consider long overdue revamp to PHP as it finally brings true Object Oriented Programming (OOP) to developers who have long since grown used to writing object oriented code.