Copyright infringement is easy. It’s so easy that virtually everyone does it sometimes without even realizing—including some of the loudest cheerleaders for stronger copyright enforcement. We’ve pointed out several examples in the past: France’s copyright three-strike agency pirated a font, SOPA sponsor Lamar Smith used an infringing photo on his website, label-owned streaming company Vevo illegally streamed an NFL game, and one of our own readers caught industry mouthpiece Lily Allen offering multiple infringing downloads from her official EMI website. Now TNW has discovered yet another instance of this grand hypocritical tradition on a website from vocal SOPA supporter NBC Universal.

The company has apparently decided to copy the premise of ABC’s successful Extreme Home Makeover for their own show, Home Transformers—but that’s not infringement (if it were, reality TV would be the world’s most brazen P2P piracy network). On the casting call website, however, TNW noticed a familiar graphic: Apple’s copyrighted icon for their Xcode development suite. It has been removed since the TNW post went up, but lives on in the screenshots (and as a file on the server): 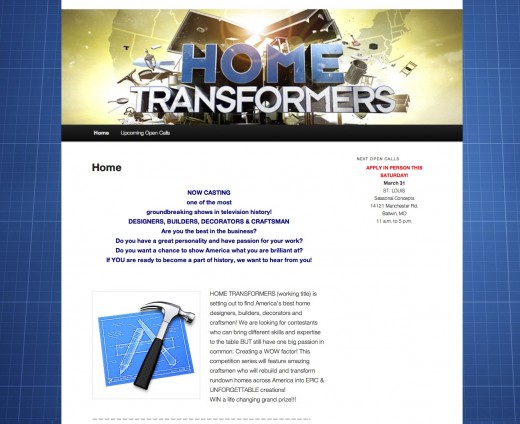 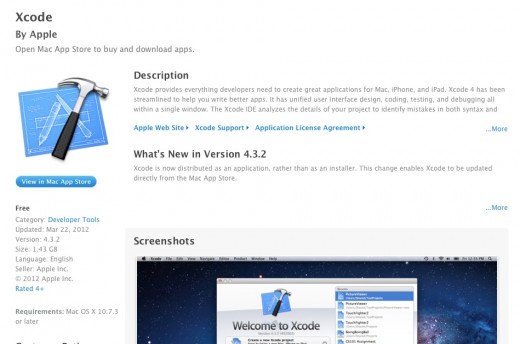 Now, as we’ve said before, the real point of these stories is not to laugh at the hypocrisy, but to remind supporters of stronger copyright just how easy and common accidental infringement can be. As someone who worked in graphic design departments for years, I can immediately think of several ways this might have happened, even beyond TNW’s suggestion that it might have been a design intern making a mistake. Sometimes you get an email from a higher-up playing designer on a whim and saying, “here, use this graphic,” and while you can push back and ask them where they found it and whether you have the rights to use it, as often as not they will brush off your concerns and leave you powerless. Sometimes an image is used legally and correctly at some point, but then routinely filed away in a stock graphic folder by mistake, and re-used later in an infringing way. Sometimes a random image from Google is used in an internal mockup for convenience, then accidentally makes its way into the finished product. Sometimes people slap fraudulent open licenses on copyrighted graphics and upload them to one of the many free design resource websites out there. And sometimes, yes, a rushed or lazy intern screws up.

It is impossible for a large company to completely stamp out the possibility of accidental infringement. For that matter, it’s practically impossible for the average person to avoid it in their normal online activities. This is one of the biggest reasons that draconian copyright legislation is a slippery slope: it may start with the intention of targeting “bad actors” and career pirates, but it inevitably provides the tools to target innocent incidental infringement.

NBC Universal has always been an aggressive enforcer of copyrights. They’re big on producing propaganda for the cause, such as their NYC anti-piracy campaign and their poorly-produced video defending ICE’s domain seizures. They recently attempted to shut down a fan-funded web series, and also block a Mitt Romney campaign ad that was almost certainly fair use. Most famously, their general counsel, Rick Cotton, once claimed movie piracy was hurting the American corn farmer. Meanwhile, this isn’t even the first time they’ve been caught violating copyright—they’ve even been known to promote pirated versions of their own stuff. While it would be nice to believe that this latest example will help them realize that copyright infringement is complex and requires a more nuanced solution than just constantly ramping up enforcement, their track record isn’t very encouraging, so I’m not holding my breath.